The history of saffron buns

Saffron buns, or Saffron loaves, are a rich yeast bun or bread – bright yellow from the added saffron and baked in the county, traditionally, throughout history, on feast days and community events.

Saffron was said to have found its way to Cornwall through trading tin. A valuable commodity across the world, tin was exchanged as early as 400BC for popular goods such as food and spices. Finding its way back to Cornwall, saffron was put into ‘tea treat buns’, eaten on a Sunday as part of community events and religious celebrations established by the Methodist Church across the rural and isolated lands of the county. Over time, ‘revel buns’ or saffron buns weaved their way into Cornish culture and can now be bought commercially across the nation. Interesting fact – during the two world wars saffron was scarce, so food colouring was used to enliven the cake’s yellow hue. This is a tradition that continues today. 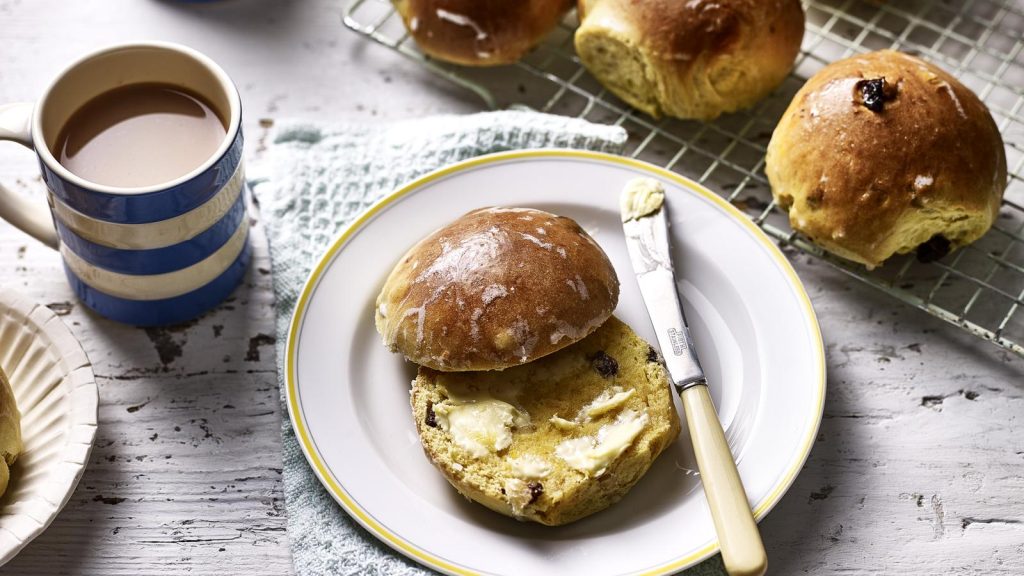 They can be eaten on their own, or more often, split in half and smothered with butter on one side. They contain dried fruit like currants, raisins, mixed peel and sultanas, similar to tea cakes, and echo similar buns created across Scandinavia such as the lussekatt which is traditionally eaten during Advent.

Saffron Buns at the Chough Bakery 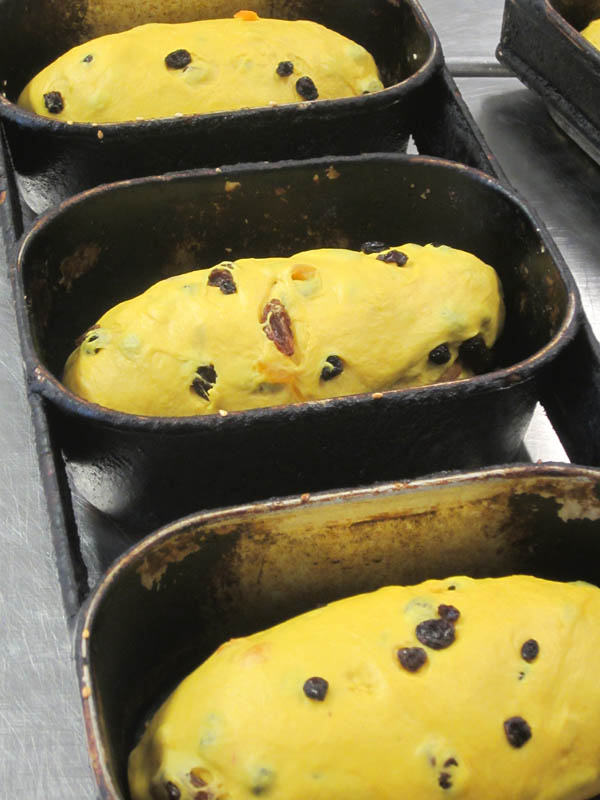