Hall for Cornwall shortlisted for Theatre Building of the Year Award

Previous Next
Hall for CornwallCreativitiyAwardsCulture

The groundbreaking multi-million pound transformation of Hall for Cornwall over the last three years has this week seen the theatre nominated for the Theatre Building of the Year award at the prestigious and nationally-acclaimed Stage Awards.

The Truro theatre is one of just three theatres shortlisted as Theatre Building of the Year. The winner of each category will be announced at the awards ceremony on 31st January 2022 at Theatre Royal Drury Lane in London. The Stage Awards, now in their 12 year, highlight the achievements of theatre companies and individuals across the UK and globally. 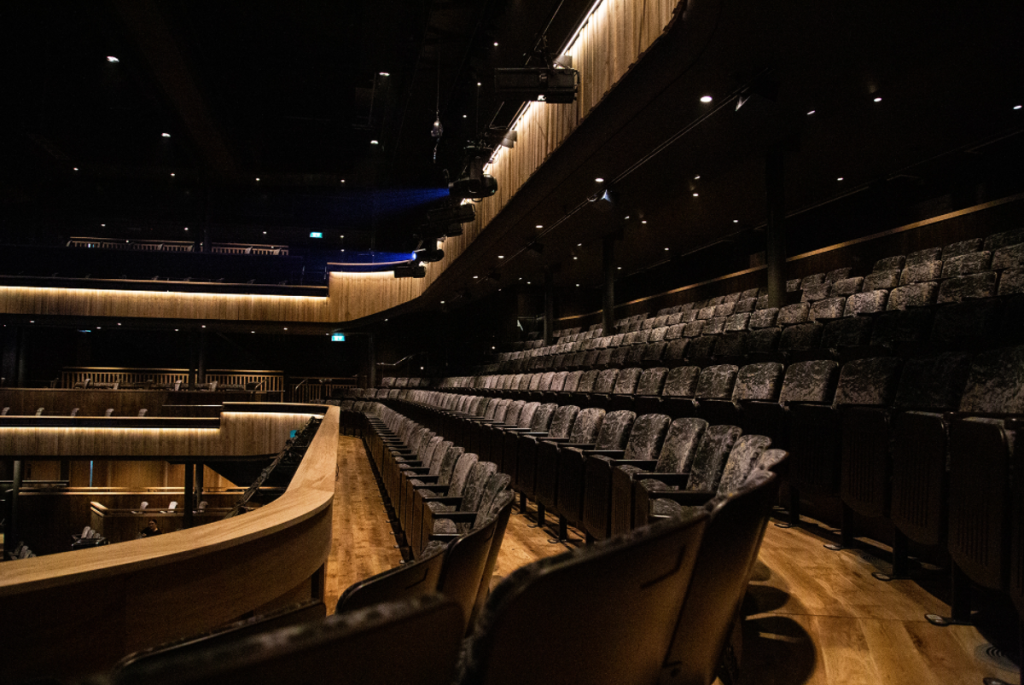 “We’re absolutely delighted to be shortlisted as Theatre Building of the Year and it’s recognition of the huge team effort has gone into our theatre’s transformation and our reopening in October this year.

“We’ve had an amazing reaction from audiences to our new building and have a packed programme of entertainment scheduled for next year.”

Hall for Cornwall reopened in October with the world premiere of Fisherman’s Friends: The Musical, which was seen by more than 22,000 people and goes on UK tour next year. It is currently staging its Christmas show, a modern-day take on Cinderella, until early January. The theatre hopes to attract 300,000 people a year and add £35 million to the Cornish economy over the next five years. Transformation of the Grade II listed building saw it taken back to bare bones and totally rebuilt from the inside including the brand new three-tiered Cornwall Playhouse auditorium, with an extra 300 seats taking its capacity to 1,352. There are also new bars, cafés, a creative business hub and public spaces to host youth and community projects. You can read more about our Hall for Cornwall transformation article.

Hall for Cornwall operates as a charity, with all surpluses invested in working with communities and young people, increasing the impact of Cornish creative industries, and creating co-productions with Cornish and national partners. Its transformation has been jointly funded by Arts Council England, Cornwall Council, the European Regional Development Fund, Heritage Lottery Fund, HM Treasury, the Cornwall and Isles of Scilly Local Enterprise Partnership (via the Local Growth Fund and Getting Building Fund), and the Culture Recovery Fund.

Join Hall for Cornwall on social media @HallforCornwall on Facebook, Twitter, Instagram and YouTube. You can also watch short documentary video about their transformation here, and keep up to date with latest news on their blog.