Cornwall Heritage Trust has recently announced the purchase of an important multi-age hillfort site near Sancreed in west Cornwall. Caer Bran contains archaeological remains from both the Bronze Age and Iron Age periods.

The purchase allows Cornwall Heritage Trust to protect the nine-hectare site from possible development and intensive agricultural use, recognising its importance as a site of unique Cornish heritage.

“We are excited to have been able to add Caer Bran to the collection of sites across Cornwall that we manage and protect and which are all accessible by the public for free. Cornwall Heritage Trust seeks to preserve and strengthen Cornwall’s heritage and educate current and future generations about the heritage significance of the landscapes we live in; Caer Bran will help us to do this.” 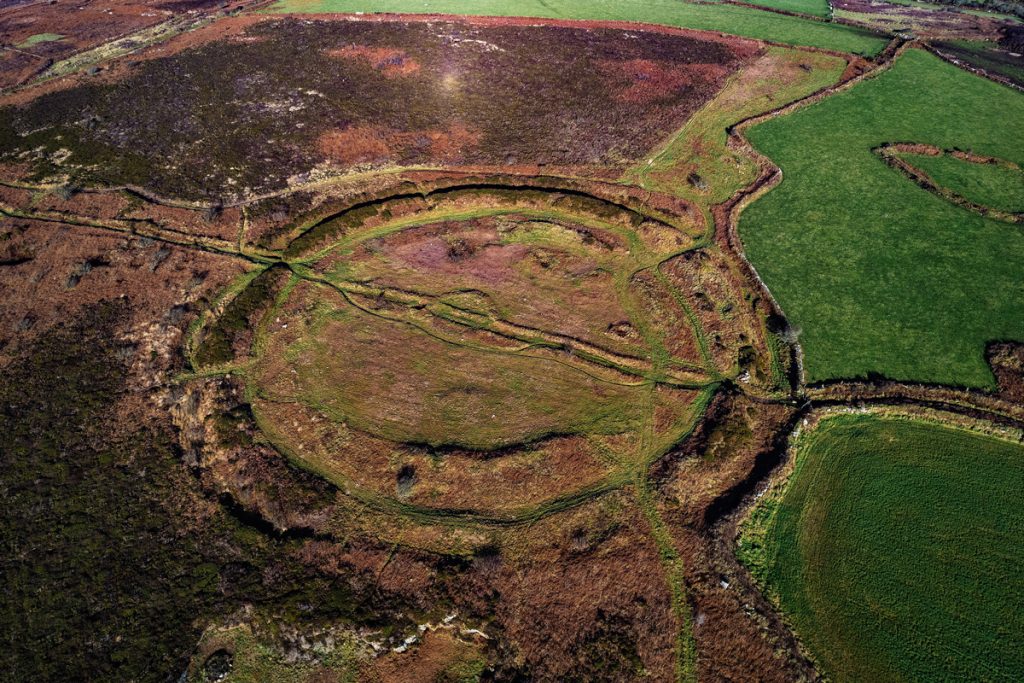 Traditionally considered to be an Iron Age enclosure, recent research shows that Caer Bran actually had origins in the Bronze Age, with the construction of three ring cairns set within a hilltop enclosure. These can still be viewed at the site. Re-enclosure of the monument took place in the Iron Age with a more substantial bank and ditch, and this continuity shows the importance of Caer Bran to the people of the local area.

‘Caer is Cornish for fort’ and Bran means ‘raven’ but, Caer Bran could also mean the “fort of Bran,” which is a reference to Bran the Blessed, a mythological Celtic king.

“Caer Bran is a property which, as an example of Iron Age presence in Cornwall, has great archaeological importance. Equally it gives sanctuary to some wonderful flora and fauna, our natural heritage, that the Trust will also protect and nurture. Caer Bran is a jewel of a site which compliments our adjacent sites in West Penwith” 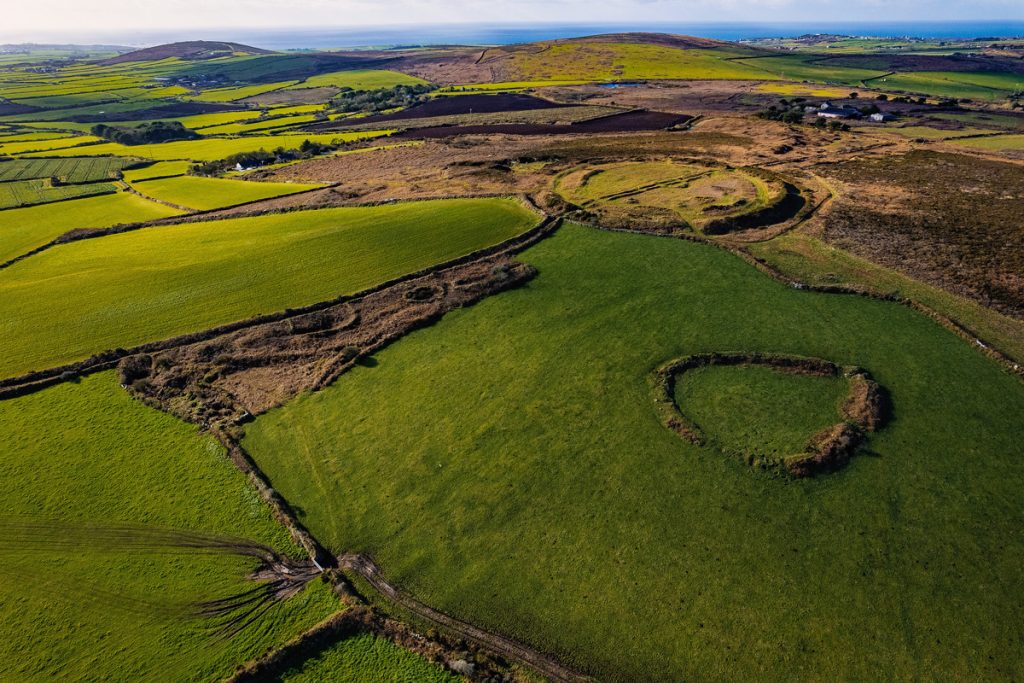 Cornwall Heritage Trust already own neighbouring Sancreed Beacon, and manage the nearby ancient village of Carn Euny. These sites are freely open to the public and more information about them can be found at www.cornwallheritagetrust.org/visit

Scroll down for more information on Caer Bran 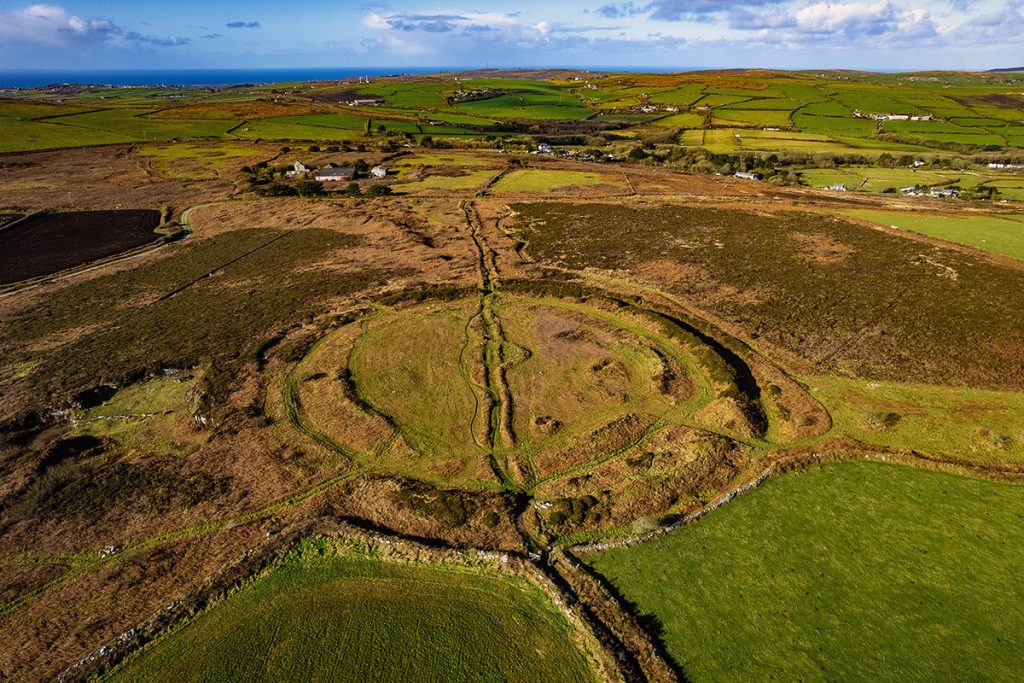 The outermost bank of the hillfort is up to 4.0m high, fronted by a wide ditch, in places some 2.0m deep, with a slight counterscarp bank to the north-east. The older inner rampart is a less substantial earth bank, having been extensively robbed of stone. The external diameter of the enclosure is approximately 115m, while the interior space is some 60m across.

It is likely that the character of the landscape around Caer Bran has changed little over the last three thousand years, and the rough ground would have provided seasonal grazing for livestock from local farming settlements – including Caer Bran itself.

Other features in the landholding include medieval clearance heaps, as well as a number of post-medieval banks on the perimeter of the associated land. A post-medieval track, delineated by two stone-faced earth banks, crosses the area in a NNW-SSE direction, and goes through the middle of the hillfort and one of the ring cairns.

There are also considerable mine workings within the Trust’s ownership. These include an area to the north-west of the hillfort, which comprises lodeback pits, shafts and spoil heaps, while there are numerous prospecting pits dotted across the area. Documentary evidence of this mining activity is scant but there is a record of a Caer Bran mine. Also, to the south-west of the monument, there is a twentieth century stone quarry.

It is important to note that the hillfort and ring cairns are protected as a scheduled monument, but it has been on the heritage at risk register at many points over the last two decades. Historic issues have included erosion and the encroachment of scrub vegetation and bracken. However, now that the Cornwall Heritage Trust has secured ownership of the area, there will be a programme of vegetation management to promote heathland regeneration and associated works to enhance the setting of Caer Bran and the other archaeological sites in the area.